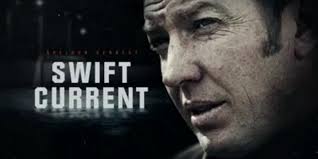 Sheldon Kennedy: Child abuse is happening all around us

Sheldon Kennedy: Child abuse is happening all around us

Former NHLer Sheldon Kennedy has been the face of child abuse in Canada for the better part of three decades, having suffered sexual abuse by his hockey coach, Graham James, over the course of many years.

Following a handful of made-for-TV movies and documentaries, Kennedy’s story has been shared widely as a source of hope for child abuse victims and those who love them. Now, a new documentary, Swift Current: The Sheldon Kennedy Story, will be airing on Global TV on Nov. 21 at 9 p.m. ET/PT.

But rather than focus solely on Kennedy’s struggles, the documentary’s goals are to “bring a voice to those who don’t have one” and to “paint the picture of the invisible damage” done to abuse victims. Global News spoke to Kennedy about Swift Current, what kids and parents can do to protect themselves from predators, and how much sexual abuse of children is still happening in Canada. MORE