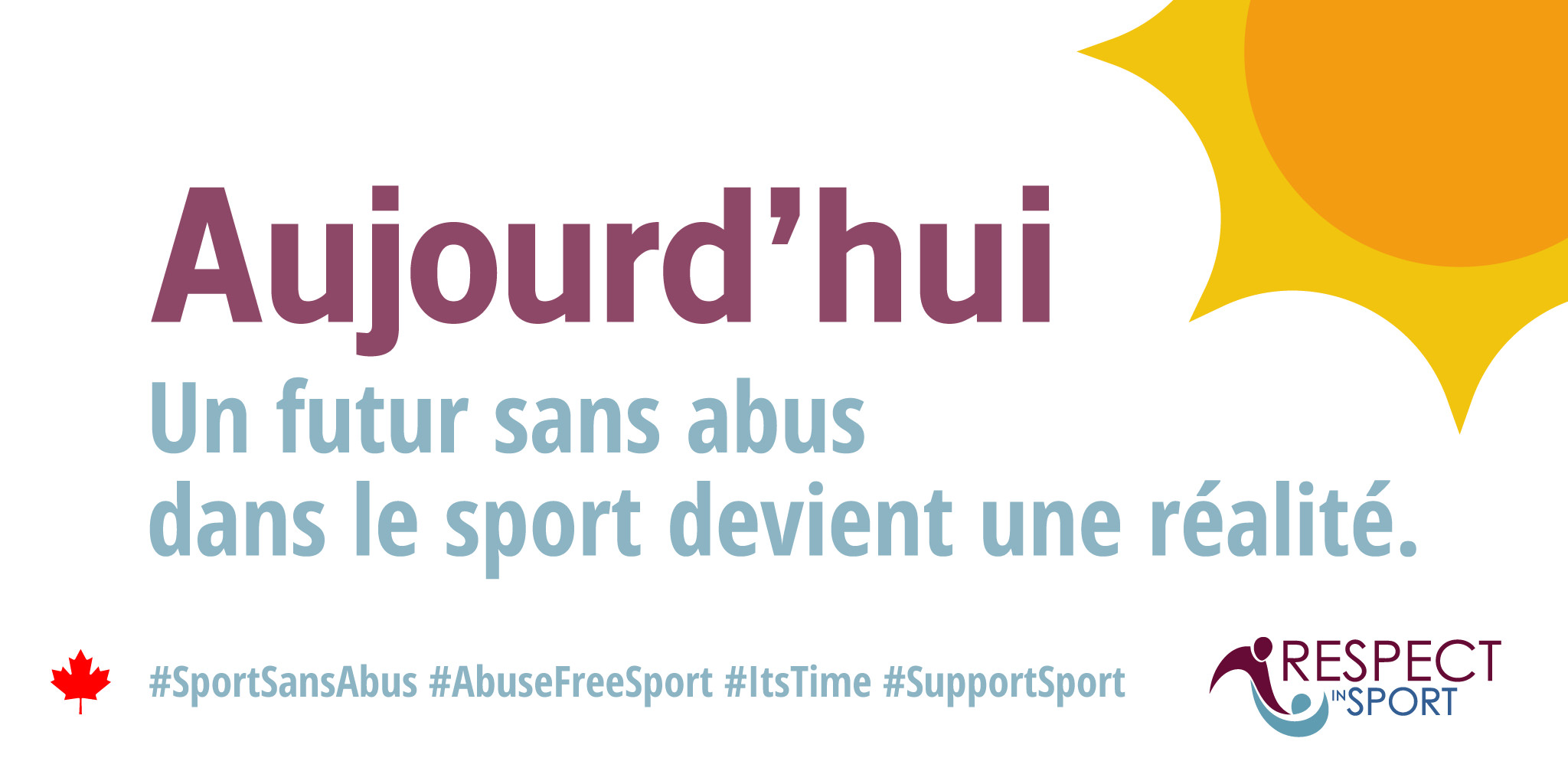 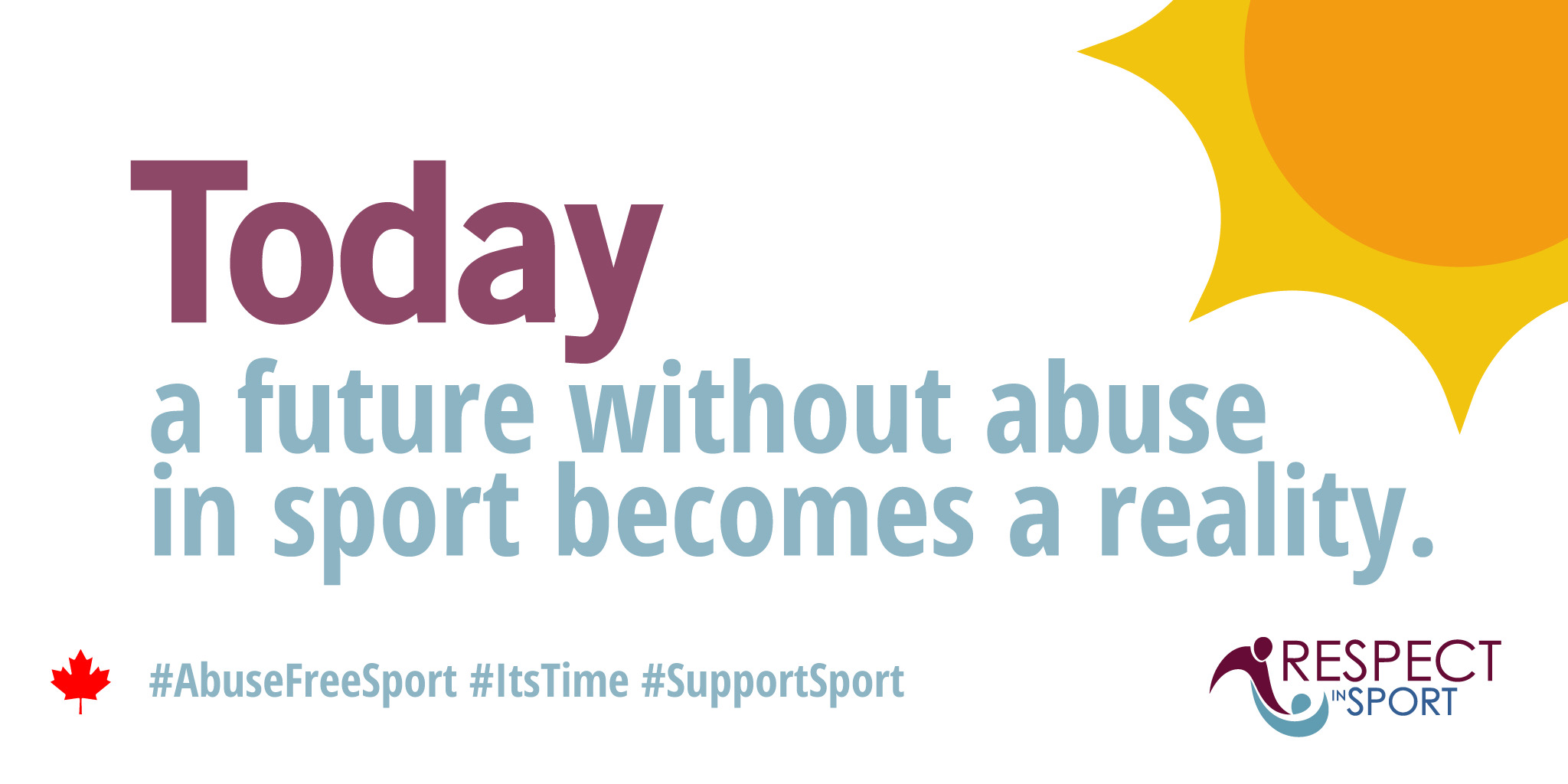 Today, the Honourable Kirsty Duncan, Minister of Science and Minister of Sport and Persons with Disabilities, announced stronger measures to eliminate harassment in the Canadian sport system.

“All Canadians deserve to participate and compete in a sport environment, free from harassment, abuse or discrimination, regardless of gender, race, religion, language, age and ability. The Government of Canada recognizes the presence of harassment, abuse and discrimination in sport and is committed to stopping further instances.”

“Harassment of any kind is completely unacceptable, and the safety and security of athletes, coaches and officials is always our top priority. We all must play a role in protecting our young people and our athletes: to speak up when we see something that doesn’t seem quite right and to listen—really listen—to our athletes. And most importantly, to act when the situation demands it to ensure our athletes always have the support they need from us.”

Respect Group was incorporated on April 5th, 2004 by co-founders, Sheldon Kennedy and Wayne McNeil, to pursue their common passion: the prevention of bullying, abuse, harassment and discrimination (BAHD). Offering certification programs for Community/Sport Organizations (Respect in Sport), Schools and the Workplace, Respect Group has certified over 1,000,000 Canadians.

We welcome and encourage sport organizations to view our programs at: www.respectinsport.com

FOR ABUSE-FREE SPORT: UNANIMOUS MOTION AT THE NATIONAL ASSEMBLY Quebec is the first province to react

Quebec City, Quebec, June 12, 2018 – This morning, four of Bertrand Charest’s 12 victims, Geneviève Simard, Anna Prchal, Gail Kelly and Émilie Cousineau, accompanied by JD Miller, B2ten president and co-founder, and Dominick Gauthier, B2ten co-founder and program director, attended the National Assembly of Quebec. On this occasion, the Minister of Education, Leisure and Sport (MELS) filed a motion to develop a government plan to prevent all forms of sexual, physical and psychological abuse in sport.

Adopted unanimously in a spirit of non-partisanship, the motion calls for the MELS to implement an action plan by 2020. The 12 victims asked that the plan contain the following:

“This is an important day for the 12 victims, who have acted with determination to shine a spotlight on this significant problem in our society. The Government of Quebec has heard them and taken the necessary measures to prevent all forms of abuse in sport,” said JD Miller. “On behalf of B2ten, I would like to thank all the members of the National Assembly. Your unanimous adoption of this motion sends a strong, clear message to the other provinces and territories, and to Ottawa.”

“I’m extremely proud that I’ve been able to help make a difference in protecting athletes, regardless of their sport. It wasn’t easy to relive those moments, but knowing that regulations will be put in place to prevent abuse makes it worthwhile,” said Geneviève Simard.

“We decided to speak publicly because of all the encouragement we received from parents and other athletes. With an action plan to prevent all forms of abuse, I would feel more comfortable letting my children join a sport federation one day,” said Gail Kelly. “This past week has been particularly emotional. We received truly incredible, comforting support. You can tell that this issue strikes a chord with Quebecers and Canadians. I know that going public was the right choice now that I see things moving in the right direction,” said Anna Prchal.

“If our story inspires others to confide in someone, to seek help, that’s a victory in itself. With a program in place, athletes will be better protected,” said Émilie Cousineau.

“Quebec has always been a leader in amateur sport development. This was clearly demonstrated this morning. We hope that the other provinces and the federal government will quickly follow suit so that all athletes can practice sport in an abuse-free environment,” stated JD Miller. 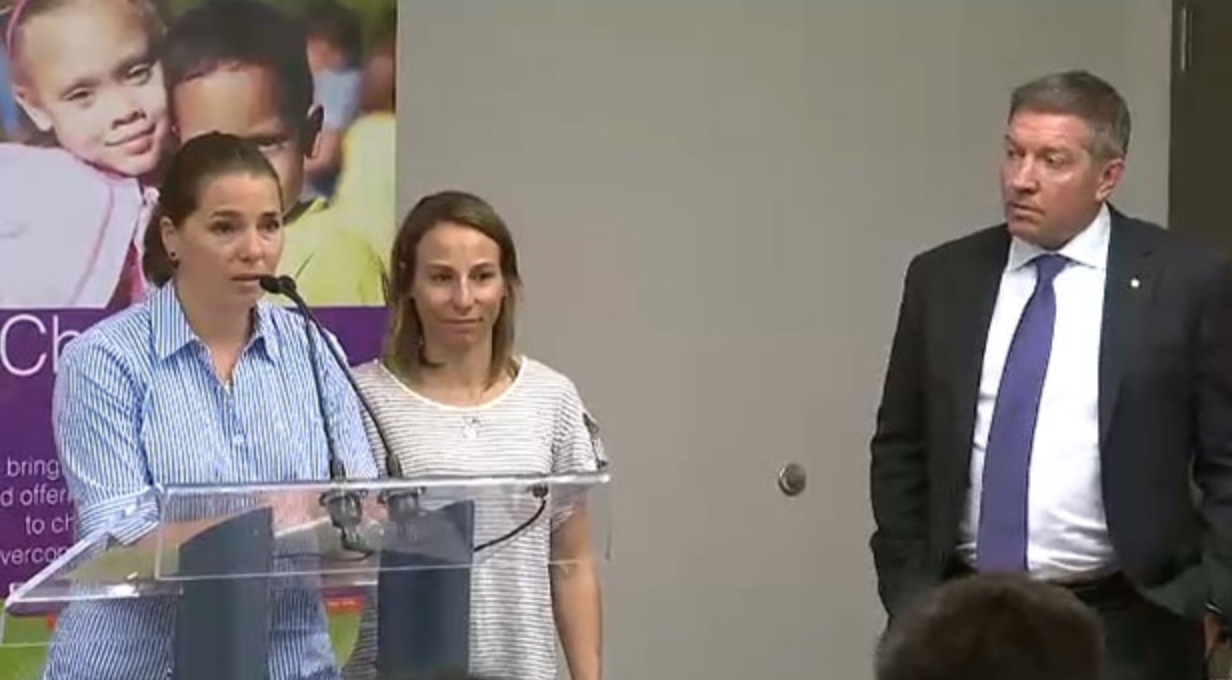 Canadian athletes speak out in Calgary to end abuse in sport

Two victims of former Canadian National ski coach, Bertrand Charest, are calling for sweeping changes to end sexual abuse in sport and were in the city on Friday to share their stories with Calgarians.

Former professional skiers Genevieve Simard and Amelie-Frederique Gagnon are among several women who were sexually assaulted by Charest….

The two women are advocating for a protection program that includes mandatory training for all coaches, volunteers, and everyone in the entourage of an athlete.

“The reason we wanted to come out in the public eye on Monday and give our press conference is to give the biggest impact possible to put a face on the twelve of us and what has happened and we want to create awareness to everybody in the country because we want to ensure that safe, that sports become safe for our children, for the next generation and that’s why we’re doing this. We want to take this horrible chapter in our lives and we want to turn it into something positive and that’s making sure these kinds of abuse never happen again and we need the government in helping us achieve that,” said Simard. MORE

Respect Group commends the bravery of the former members of the National Ski Team, Amélie-Frédérique Gagnon, Gail Kelly, Anna Prchal and Geneviève Simard and the many other women who have come forward to disclose their stories and share their collective goal in calling for safer sport. They represent a multitude of past victims and their voices have already inspired other courageous individuals to come forward.

Respect Group also applauds the leadership of B2Ten, the Coaching Association of Canada, the Sport Dispute and Resolution Centre of Canada and the Canadian Centre for Child Protection for bringing this critical topic to the forefront and advocating for sport that is free from maltreatment. These recommendations include;

Respect Group was incorporated on April 5th, 2004 by co-founders, Sheldon Kennedy and Wayne McNeil, to pursue their common passion: the prevention of bullying, abuse, harassment and discrimination (BAHD). Offering certification programs for Community/Sport Organizations (Respect in Sport), Schools and the Workplace, Respect Group has certified over 1,000,000 Canadians. 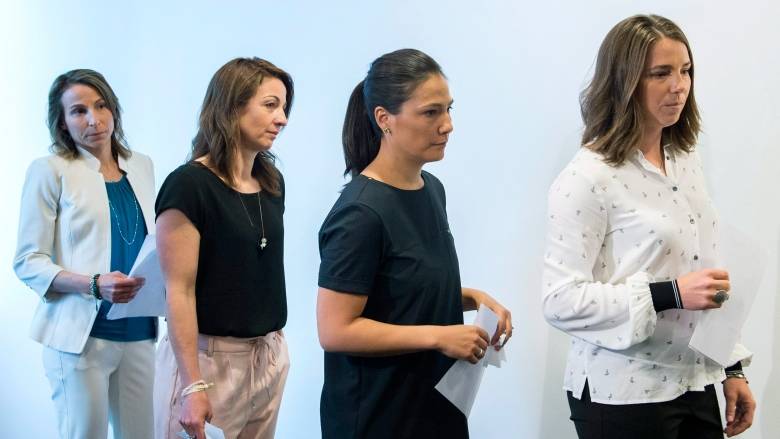 It robbed them of their childhoods, their ambition, their dreams.

Now four women who remained in the shadows even as they stepped forward to condemn their abuser because of court-ordered publication bans, stepped into the light to try and ensure no other young athletes suffers the same fate.

With trembling voices, each of the four women — Amélie-Frédérique Gagnon, Gail Kelly, Anna Prchal and Geneviève Simard — described how their lives were forever altered by the actions of their former ski coach, Bertrand Charest, convicted of abusing them when they were young competitive skiers in the 1990s. MORE 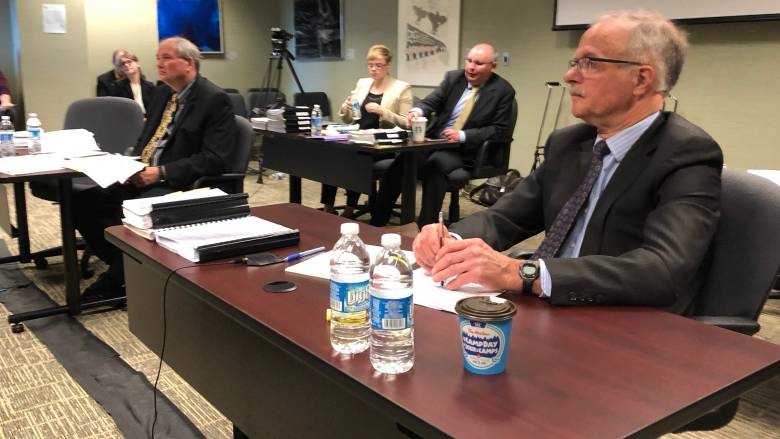 A mechanic who was the victim of workplace harassment and racism at a Metro Transit bus garage is seeking at least $1 million in damages for the psychological damage the incidents have caused him.

On Monday, a hearing took place at the Nova Scotia Securities Commission to discuss the awarding of damages. MORE