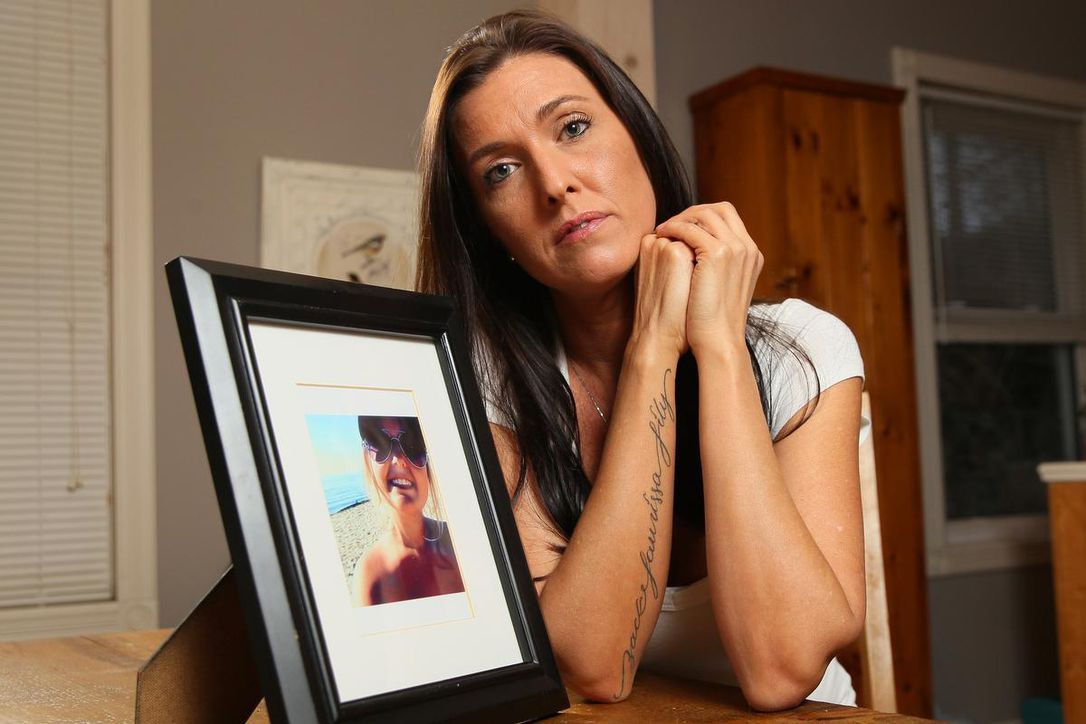 At the age of 15, Laurissa Rose Degraw attempted to take her own life for the first time.

Over the next five years, she tried four more times.

More than 5,800 Canadian children and youth have died by suicide during the past 13 years across Canada — some as young as 8 years old, according to data compiled by a Toronto Star/Ryerson School of Journalism investigation from coroners’ offices in all provinces and territories except Nunavut.

Suicide is second only to accidents as the leading cause of death for young people in Canada.

Degraw was 20 when ended her life on a summer evening in July of 2016, hours after she returned home from a week at the family’s Lake Huron cottage.

“We had an amazing few days at the beach with my parents and my younger daughter Lily. Everything was perfect,” says Huitema.

But upon their return home, Degraw told her mother she wanted to go for a walk after dinner. She would never return.

In what was at least her fifth attempt at suicide, she hanged herself. Police found her body a two-minute walk from her house in Ingersoll, Ont.

Despite dedicated government mental health campaigns aimed at young people over the past two decades, youth suicide rates have remained steady. Some provinces have seen increases in recent years.

In Saskatchewan, 36 young people killed themselves in 2005; that number jumped to 54 last year. In British Columbia, the number rose to 114 from 78 a decade earlier. In Nova Scotia, the figures more than doubled in that same time frame.

Deaths are only recorded as suicide if the intent is clear. Experts estimate that for every completed suicide, between 10 and 100 suicides are attempted.

A 2016 survey of 1,319 Canadian teens aged 13 to 18 conducted by Kids Help Phone found one in five seriously considered suicide.

The coroners’ data does not break out ethnicity or race. But Health Canada data shows suicide is the leading cause of death for Canadian Aboriginal youth, where the rate of suicide is five to 11 times higher than for non-Indigenous populations.

“Kids are suffering,” says McMaster University assistant clinical professor Dr. Catharine Munn. “One student told me it felt (like) she was screaming at the top of her lungs, but no one was listening.”

National data on youth hospitalization for mental health issues also show a steady upward trend. Since 2007, emergency department mental health visits for patients aged 5 to 24 have jumped 66 per cent, according to new data from the Canadian Institute for Health Information. One in 12 was given mood/anxiety or antipsychotic medication.

Hospitalizations related to intentional self-harm increased by 102 per cent for girls aged 10 to 17 between 2009 and 2014 (four times higher than boys), CIHI data shows.

“It’s like cancer. But we ignored it for decades, and now we’re surprised?” says Munn.

While governments have acknowledged the crisis — and responded with millions of dollars in funding and programs — there have been few signs the problem is abating.

Kimberly Moran, CEO of Children’s Mental Health Ontario, says there needs to be counselling and therapy for moderate mental health issues as well as specialized mental health services for those who may be suicidal and require 24/7 intensive treatment.

“Treating a child who is sad or depressed is much less money than it is for a child that is critically ill and in a hospital, and that’s certainly what happened to us. Once my daughter became suicidal then she had to be put in an in-patient unit in the hospital,” says Moran.

Dirk Huyer, chief coroner of Ontario, says coroners don’t have the expertise to understand all underlying factors. “Clearly, all of us in this society recognize that this is an important issue and an issue that continues to occur and that many in society are trying to figure the underlying factors,” he says.

One factor is bullying which has escalated and intensified on social media and brought into the national spotlight after the suicides of 15-year-olds Amanda Todd, Jamie Hubley and Todd Loik, as well as Rehtaeh Parsons, 17.

“Suicide happens in the darkest moments of your life where you feel like nothing else can help solve your problems,” says Carol Todd, Amanda’s mother. “They think that if they disappear off the earth, all their pain will go away. They don’t think beyond how much it can hurt the people around them or if there’s a tomorrow that will be brighter.

“I was afraid that if you said the word (suicide) then you would implant the idea, but the idea is already implanted in their head,” she says.

Amanda died in October 2012 at her home in Port Coquitlam, B.C. About a month before, she had posted a video to YouTube entitled “My Story” and used flash cards to tell about being bullied. She also left a video message to her parents on her cellphone. Carol still hasn’t been able to watch.

“With teenagers, it’s like someone can say, ‘I hate you, I don’t want to be your friend and I’m going to tell everyone all the bad things about you,’ and that will be enough to spiral everyone down, especially if they’re vulnerable to start with,” she says.

Marshall Korenblum, psychiatrist-in-chief at the Sick Kids Centre for Community Mental Health, says that while bullying among youth has been around for hundreds of years, social media has compounded its impact.

“You can basically spread a rumour now to hundreds of people with one click of the button so bullying is old as the hills but social media makes it faster, more widespread and easier to be anonymous,” Korenblum says.

Then there’s the growing exposure young people have to suicide — even the celebration of self harm — on television and social media which can trigger the minds of young children.

The Netflix series 13 Reasons Why has generated controversy across school boards in Canada for its portrayal of suicide. Some elementary schools sent out emails to parents to let them know students were prohibited from even mentioning the show on school grounds.

Depression — among the most common forms of mental disorders amongst youth — is also a factor.

The bullying began escalating on the school bus when Jamie, a figure skater, was in Grade 7 and continued into high school as he was constantly teased for being openly gay.

“You feel helpless,” says Allan. “You can’t get them help when you’re trying to get them help. It just wasn’t available.”

Gay youth are four times more likely to die by suicide than heterosexual youth, due in large part to bullying and negative family attitudes, U.S. studies have shown.

Jamie’s father is still struggling to understand how it happened.

“Why are (kids) coming to that conclusion?” asks Allan. “What’s going on today that kids are deciding that the best way to deal with this is to end their lives?”

With files from David Lao/Ryerson School of Journalism

Where to get help