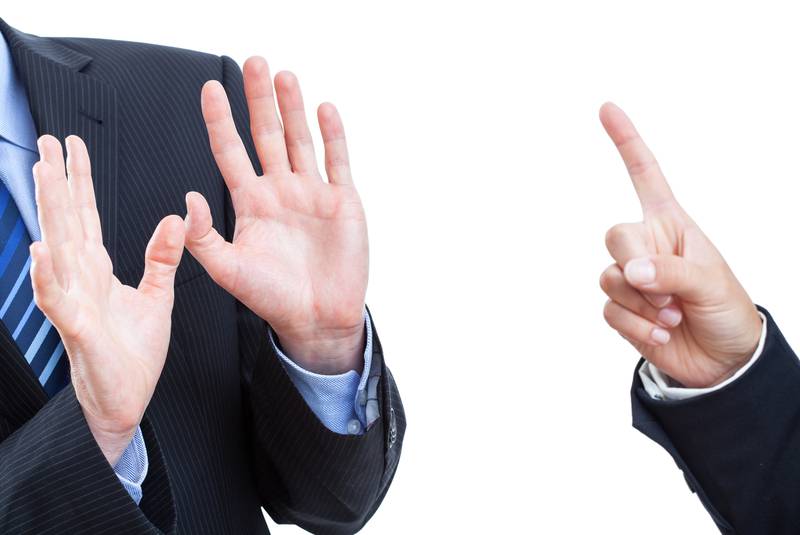 The note on his cellular phone is close to 10 pages long.

It has dates and details of the instances of workplace bullying he has experienced in 2016.

It’s a catalogue of degradation, non-physical attacks and childish pranks he has had to suffer from that point up until now.

The incidents involving Joe, not his real name, actually start before 2016 but they aren’t logged on the device.

He figures the abuse started in 2014. It was simple at first, if there is such a distinction in cases such as these, with one-on-one confrontations away from other people.

The incidents came in the form of what he calls threats.

It would be a couple of months before another incident took place. It followed the same pattern of behind-the-scenes threats and intimidation.

Some months later, another incident with the same characteristics.

Joe ignored it at first, thinking they were one-offs and not tied to any concerted effort to make his work life miserable.

In hindsight it might’ve been the worst thing to do in the situation. Things escalated, and he’d arrive at work to find something done to his locker, maybe something to his clothes or coveralls.

It took a toll on his mental health. He’d go home, withdraw himself from his family and never wanted to go to work the next day.

Still, he protested when his wife suggested they go to the police.

“How do you prove it?” Joe would ask his wife and himself when he thought about how to make it stop.

Workplace bullying is not confined to one vocation or one industry. It’s widespread and doesn’t discriminate with its victims. To me, it’s any environment has that one person who feels the need to wield some form of control over another person.

That control can come in by way of practical jokes, physical confrontations or verbal barrages.

It can become difficult for the victim when they struggle with how to deal with the abuse.

Do you confront the person or leave it hoping it will go away?

Do you report it to your superiors and let them handle it?

Joe tried all three. Neither seemed to work.

That’s why he feels there’s still a long way to go when it comes to eliminating workplace bullying and harassment.

When he reported the incidents, he felt like he was met with nepotism and an innocent-until-proven-guilty mentality towards the perpetrator.

In recent years, companies have put in policies in an effort to curb incidents between employees.

Through his experiences, Joe believes this is merely lip service designed to help companies look better in a public light.

It still goes on and there are little consequences.

In his case, he felt the company turned a blind eye to his problem and many times he was told to work through his problems with his harasser.

Victims of abuse will know this can be disastrous and more often than not does more bad then good.

They wanted to handle things internally, avoid human resources and hope it went away — an old boys’ club mentality if there ever was one.

When things eventually did get taken to HR, Joe felt frozen out of the process.

“The victim is left out of the loop,” he said. “I’d ask questions and I couldn’t get answers.”

Still, Joe appears to have found a bridge over troubled waters.

After some injury trouble, he is back at work and the abuses have become few and far between

He’s still wary of what could happen, but he’s no longer dreading heading to his job.

Meanwhile, he does believe there needs to be more done than just putting up some anti-harassment posters in the break room and handing out company documents on the subject.

“Companies need to face it head on and listen to the people,” said Joe.

I think now, more than ever, people are starting to listen to employees such as Joe.

Some are starting to understand just what others go through on the job site and just how little concern the people in power have for it.

We’re seeing it in Canada and the United States —harassment of all kinds is being called out at an increasingly high pace.

Not only is it being unmasked, it is not being tolerated and people are being held accountable for what they’re doing.

You can’t sweep it under the rug anymore or hope it’ll go away or settle itself.

The times are starting to change.

Nicholas Mercer is the online editor with The Western Star. He lives in Corner Brook and can be reached at Nicholas.mercer@thewesternstar.com.