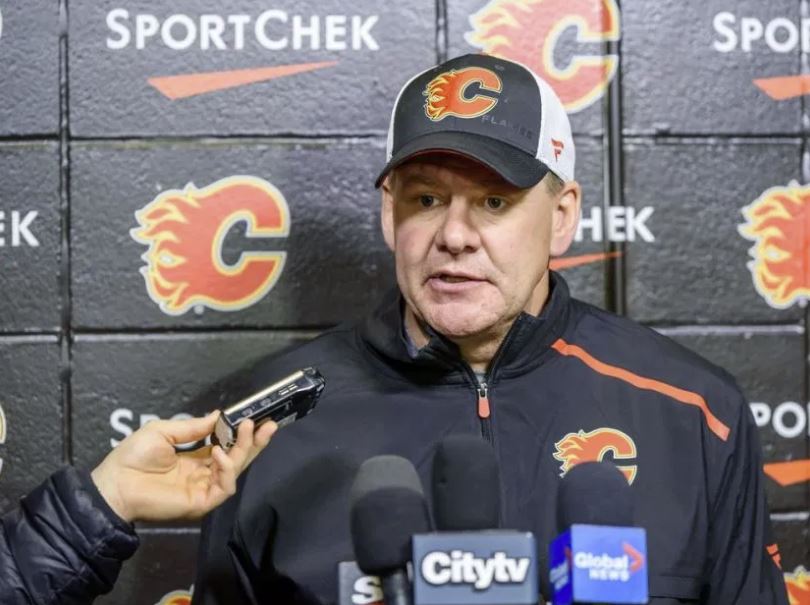 As the Calgary Flames investigate allegations of racism and physical force by head coach Bill Peters toward former players, some say changes are desperately needed in order to foster a more inclusive environment in hockey from the grassroots to professional levels.

The allegations began surfacing Monday when former Flames forward Akim Aliu wrote on social media that Peters “dropped the N bomb several times towards me in the dressing room” while both were in the minors during the 2009-10 season.

Former Carolina Hurricanes player Michal Jordan later alleged that Peters kicked him and punched another player “to the head” during a game. Peters coached the Hurricanes prior to joining the Flames.

The allegations of racial slurs came as no surprise to Cecil Harris, who in 2003 wrote a book on racism in the sport titled, “Breaking the Ice: The Black Experience in Professional Hockey.”

“Only the names have changed, unfortunately, because the same racial intolerance exists,” said Harris, who is based in New York.

Throughout his research, he said he spoke to many black players who described having “buried” racist experiences in order to advance their hockey careers, including former Flames captain Jarome Iginla.

“Iginla shared a story with me. It’s something that happened when he was 15 years old. He was chased by some people and racial slurs were uttered,” said Harris, adding Aliu was “right in believing that he would have been blamed” had he come forward with his allegations against Peters sooner.

In Canada, more than 50 sport organizations across the country have partnered with the Respect Group, which strives to prevent bullying, abuse, harassment and discrimination in sports.

“Have they been slow? Maybe we’ve all been slow across all sports to really come up with the best approach to getting new Canadians involved,” he said.

“We need to come up with the right messaging and scheduling and levels of play that are going to make it really exciting for new Canadians to be part of it.”

McNeil said the group tries to prepare coaches with the tools needed to handle their behaviour, especially in high-emotion circumstances.

“The emotional levels that people feel — be it coaches, be it parents — in a sport, they get elevated to a level that you don’t typically see in a workplace, or that you even encounter when you’re in a school environment,” he said.

“You look at a lot of the things that happen. They’re quick responses to high emotional moments often followed by apologies because people realize ‘oh my god, I don’t typically act like that.’”

He said coaches need to “understand their legal and moral duty of care,” while remembering that their goal is to build self-esteem in participants.

In a statement, the Coaching Association of Canada said “inclusion must be a foundational pillar of our sport system” and that it continues to educate coaches, administrators, and volunteers on the most “constructive ways to build inclusive and respectful sport experiences.”

Carey said the organization trains those in the sporting community to create inclusive environments, with a focus on creating opportunities for Indigenous people and newcomers, people with disabilities, women and girls.

She said there’s still a huge gap in terms of staff, volunteers, parents and players being fully prepared to ensure a welcoming culture at all times.

“But if you dive deeper, often they really don’t know because they maybe haven’t had the opportunity to work with someone with lived experience that can share that story and bring those topics to light.”

That still needs to be tackled from the top-down, according to Harris, who noted that while “outstanding players” of colour like Iginla or Edmonton Oilers great Grant Fuhr found acceptance at hockey’s highest level, “marginal” players have a harder time than white athletes of the same calibre.

He said more diversity is needed among hockey’s most influential decision-makers.

“It’s business as usual if the overwhelming majority of coaches, assistant coaches and general managers are white. I think the black player who is subjected to racial slurs will be told ‘just forget about.’ They cut deep if those words are uttered to you,” he said.

“If there was more diversity and inclusion … I think that would send a strong message to all players: respect everybody regardless of their background, get racism out of the sport. It doesn’t belong here. It’s vile.”