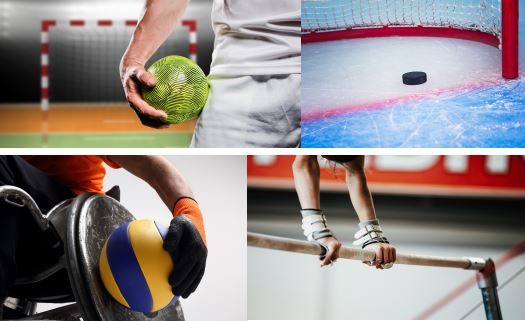 Prevalence of Maltreatment Among Current and Former National Team Athletes

While recognizing the numerous potential benefits that sport participation has to offer, it is also important to acknowledge that for some athletes, sport is a harmful experience, characterized by various forms of maltreatment. Maltreatment is an umbrella term that refers to: all types of physical and/or emotional ill-treatment, sexual abuse, neglect, negligence and commercial or other exploitation, which results in actual or potential harm to health, survival, development or dignity in the context of a relationship of responsibility, trust or power (World Health Organization (2010). Maltreatment includes sexual abuse, physical abuse, psychological abuse, neglect, various types of harassment, bullying and hazing. The current study sought to assess the prevalence of various forms of maltreatment experienced by current and retired National Team members.

The last prevalence study of Canadian athletes’ experiences was conducted over 20 years ago and since that time, the culture with respect to reporting sexual violence as well as child and youth protection has changed dramatically. Not only does this prevalence study provide a snapshot of athletes’ experiences but it serves as baseline data against which to assess the impact of future preventative and intervention initiatives. It also signals the importance of addressing the human rights and welfare of athletes in Canada.

In total, 1001 athletes participated in the study by completing an online survey; of this total, 764 were current athletes and 237 were retired athletes who had left their sport within the past ten years. The most frequently experienced form of maltreatment was psychological harm followed by neglect. Sexual and physical harm were reportedly experienced to a far lesser degree. Across all categories of harm and both current and retired athletes, females reported far more harmful behaviours. Similarly, retired athletes reported higher percentages than did current athletes across all categories. In the case of psychological harm, most behaviours were enacted by coaches, followed by peers and high-performance directors. Neglectful behaviours were experienced from coaches, high performance directors and sport administrators while physically harmful behaviours were enacted primarily by coaches. Finally, most sexually harmful behaviours are reportedly executed by coaches and peers.

The findings revealed significant and positive relationships between all forms of harm (psychological, physical, sexual and neglect) and the negative health outcomes of engaging in self-harming behaviours, disordered eating behaviours/eating disorders, and having suicidal thoughts. The findings also highlight the notion that negative health outcomes are experienced by athletes long after the National Team athletic career has ended. Of those current and retired athletes who experienced abuse, bullying or discrimination, only 15% reported their experiences. The open-ended questions on the survey enabled athletes to contribute additional comments and recommendations to advance Safe Sport. The themes that emerged from PAGE 5 these comments included athletes’ perspectives that numerous harmful behaviours are normalized in sport and as a result, other adults in positions of trust and authority who witnessed harmful behaviours have been complicit in failing to intervene.

Athletes also commented on the ways in which they are silenced through threats of negative repercussions in response to raising concerns, and not having a safe and confidential place to disclose or to report concerns. Recommendations for advancing Safe Sport included: (i) establish a mechanism to receive, investigate and adjudicate complaints independent of the National Sport Organizations; (ii) attend to all forms of maltreatment; (ii) enhance the focus on athletes’ holistic well-being; (iii) implement mandatory education for all sport stakeholders; (iv) strengthen accountability measures; (v) ensure supports and resources are available for victims of maltreatment; (vi) prohibit sexual relationships and forced intimacy between athletes and those in positions of power; and (vii) conduct a climate survey of athletes’ experiences on a regular basis.