Respect Group is a Certified B Corporation. B Corps are companies that use business as a force for good, aspiring to solve social and environmental problems. Becoming a B Corp was important to us in order to share our business values with our clients and employees so that, together, we can all be proud.

Respect Group is proud to give-back +10% of our annual revenue to not-for-profit organizations across Canada.

Frequently asked questions about accessing our programs, how to log in, obtaining your certificate, or what to do in the event you witness bullying, abuse, harassment or discrimination.

People want to be involved with organizations that demonstrate Respect. Often, Vision or Mission Statements include the word “Respect” however, few organizations have empowered and equipped ALL members of their team with the necessary tools and training to ensure a positive and psychologically safe environment.

Respect Group takes your privacy seriously. By submitting a request for information by email to a general or specific Respect Group email address, you are consenting to have a representative of Respect Group contact you by email.

Respect Group was incorporated on April 5th, 2004 by co-founders, Sheldon Kennedy and Wayne McNeil, to pursue their common passion: the prevention of bullying, abuse, harassment and discrimination (BAHD). Respect Group is made up of a team of 30 talented individuals whose passion is to create a global culture of Respect.

We have enlisted pre-eminent experts to develop a best in class curriculum and e-learning platform. Expert content and a professional online training and certification model round out Respect Group’s fully outsourced risk management behaviour-change solutions for sport, schools and the workplace. 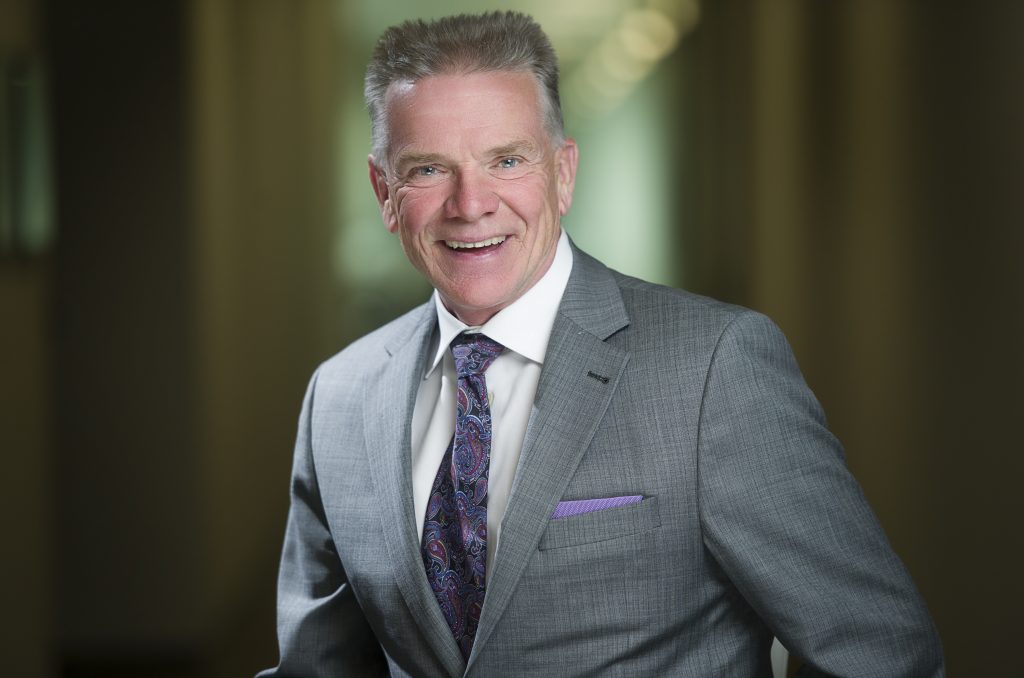 Wayne McNeil was Trustee and Vice-Chairman of the Rocky View School Division, volunteer President of the Sheldon Kennedy Foundation, which raised over $1.2 Million during the 1998 Cross-Canada Skate to raise awareness for the prevention of child abuse, served as Chairman of the Alberta Gymnastics Federation for six years andserved for 6 years as founding Board member of the Calgary and Area Child Advocacy Centre.

In 2007, Wayne was awarded the Canadian Red Cross Caring Award for his leadership in the promotion of violence and abuse prevention education. 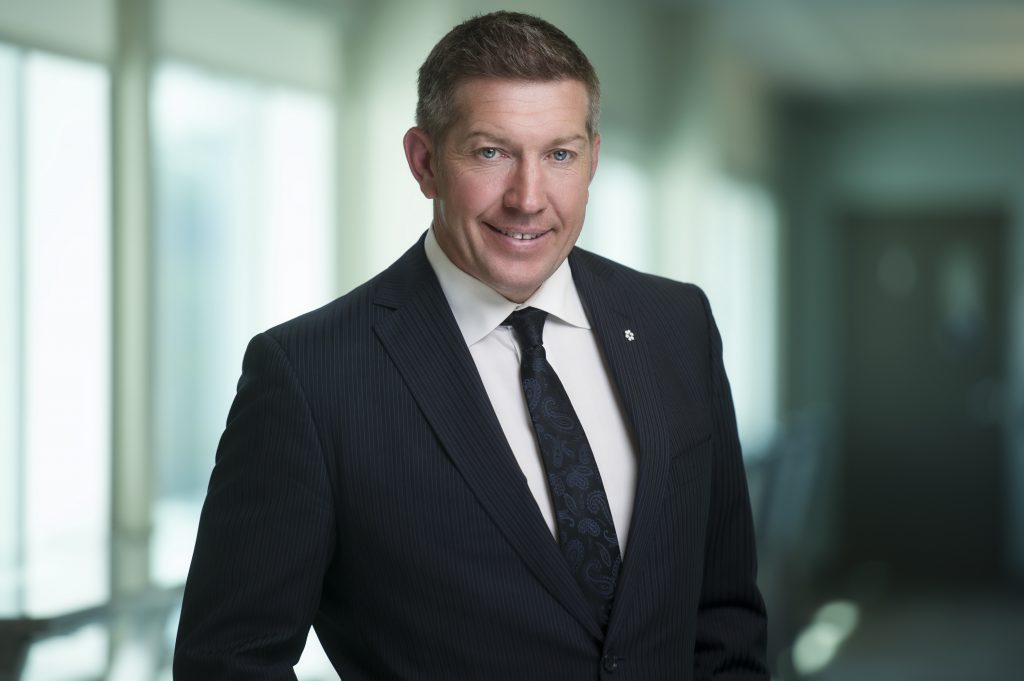 Sheldon Kennedy won a Memorial Cup, World Junior Gold Medal and skated for three teams in his eight-year NHL career. He is best known for his courageous decision to charge his Major Junior Hockey league coach with sexual assault for the abuse he suffered over a five year period while a teenager under his care. Through this disclosure, and the important work that Sheldon continues to do, he has become an inspiration to millions of abuse survivors around the world.

Sheldon has been instrumental in bringing governments, public and private sector partners together to work collaboratively to influence policy change and improve the way child abuse is handled. He has influenced changes in Canadian law and has taken his message to the International Olympic Committee and the US Senate.

Sheldon was Co-Founder of the Calgary Child Advocacy Centre, the first-of-its-kind in Canada, offering full wrap-around services for victims of child abuse. He is also the Co-Founder of Respect Group, which provides empowering online abuse, bullying and harassment prevention education to sport organizations, schools and the workplace.

Sheldon’s awareness contributions are many:

Sheldon has received several awards for his tireless work including:

What Our Clients Have To Say

University of Calgary is proud to be the first academic institution in Canada to launch the Respect in the Workplace Program.

We believe the benefits of a respectful workplace include improved team communication, enhanced organizational health, reduced absenteeism, and increased morale and productivity.

Respect in the Workplace is helping us build a stronger, more vibrant campus culture, where every member feels valued for their contributions 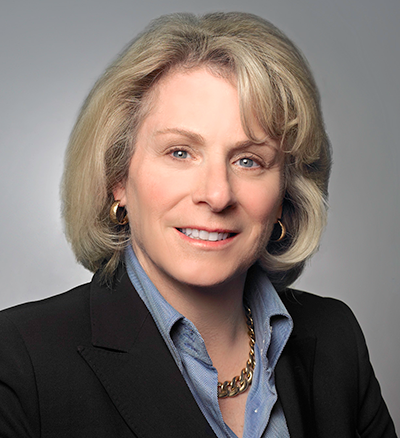 Obviously, super impressed with the program. Great to have it in such short bursts, and the app made it so convenient (I did most of it on my skytrain commute!).

The messages are varied and made to be relevant to the parents, somehow in a way that empowers them to take action. I never felt like I was being talked down to. Even having done many similar trainings, I learned new things, and felt more confident to take action.

It exceeded all my expectations, and quite honestly, it’s in my top online education programs of all time. 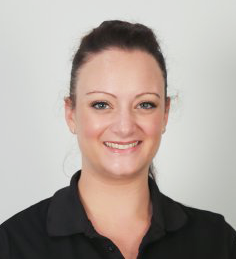 The Respect in School program has had a lasting impression here at Moncton High School by empowering the bystander in the prevention of bullying, abuse and maltreatment.

The Respect in School program provides the user the skills to recognize, identify and report suspected abuse, bullying and maltreatment. Countless students reported and disclosed past abuse and bullying during the implementation of the program and most sought counselling for the first time.

The implementation of the Respect in School Program and sharing Sheldon Kennedy’s journey of hope and healing has been one of the most powerful things I have done in my sixteen-year teaching career. 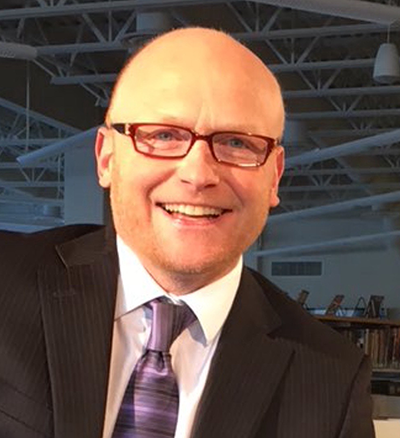 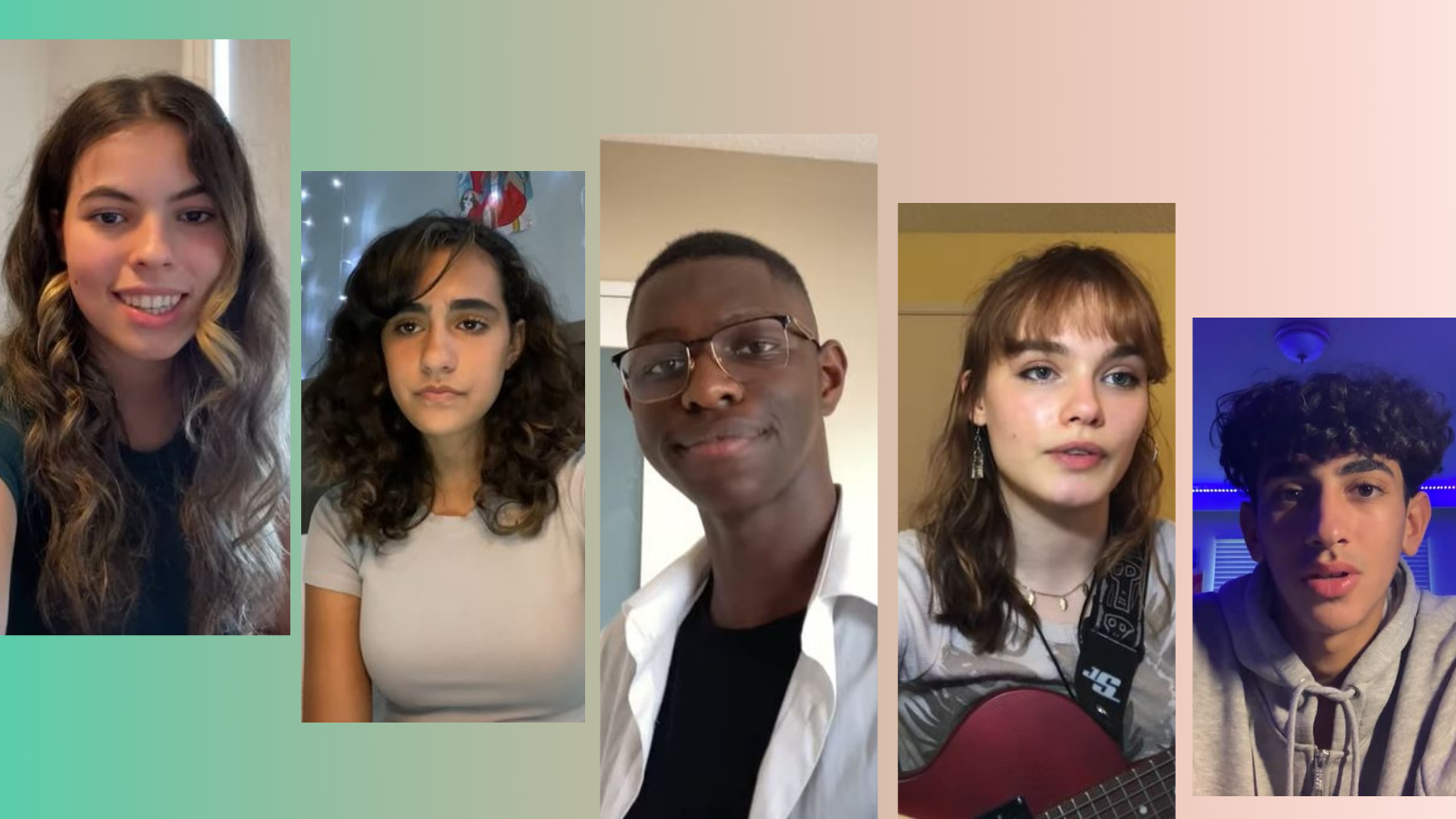 We are proud to announce that we recently launched new free resources for teens in collaboration with Kids Help Phone.

Respect Group was recently commissioned by the Ontario Ministry of Education to create some critical tools to assist youth (14 and up) with the many mental health issues they face as they return to school, sport and activity during this unprecedented time. As we all know, mental health is of utmost importance, perhaps now, more than ever. Through close collaboration with our friends at Kids Help Phone we have created these free Mental Health Chats.

Respect Group was contracted to design and produce approximately 30 minutes of dynamic multimedia/video content to address some of the most common and significant mental health issues faced by teens (ages 14-17) today.

During our content research we sought out the foremost subject matter experts in the field of teen mental health in Canada and aligned with Kids Help Phone, who loved what we were doing and agreed to host all 4 videos on the Kids Help Phone website upon completion.

Our team decided that the best way to approach teens with this relatively heavy subject matter would be to replicate a group chat experience, in which a group of fictitious friends tackle these issues together on a fictional-yet-familiar social platform, using all of the communication modes they’re familiar with: text messaging, selfie video, gifs, photography, audio FX, and music.

Tech tip: if possible, we recommend viewing these videos on a mobile device or tablet so you feel like you’re part of the group chat.

1. Mental Health Chat: Ever Get the Feeling of Something Being Off?

2. Self-Image Comparison Chat: This is Real, That’s Not

4. Difficult Convo Chat: Don’t Really Want To, But Need To

We launched all 4 Chats on Aug. 30, 2021 on the Kids Help Phone website. Being so well received by both our client, Ontario Education, and our collaborating host, Kids Help Phone, we’re extremely proud of the end result and we hope that these resources will help many teens. 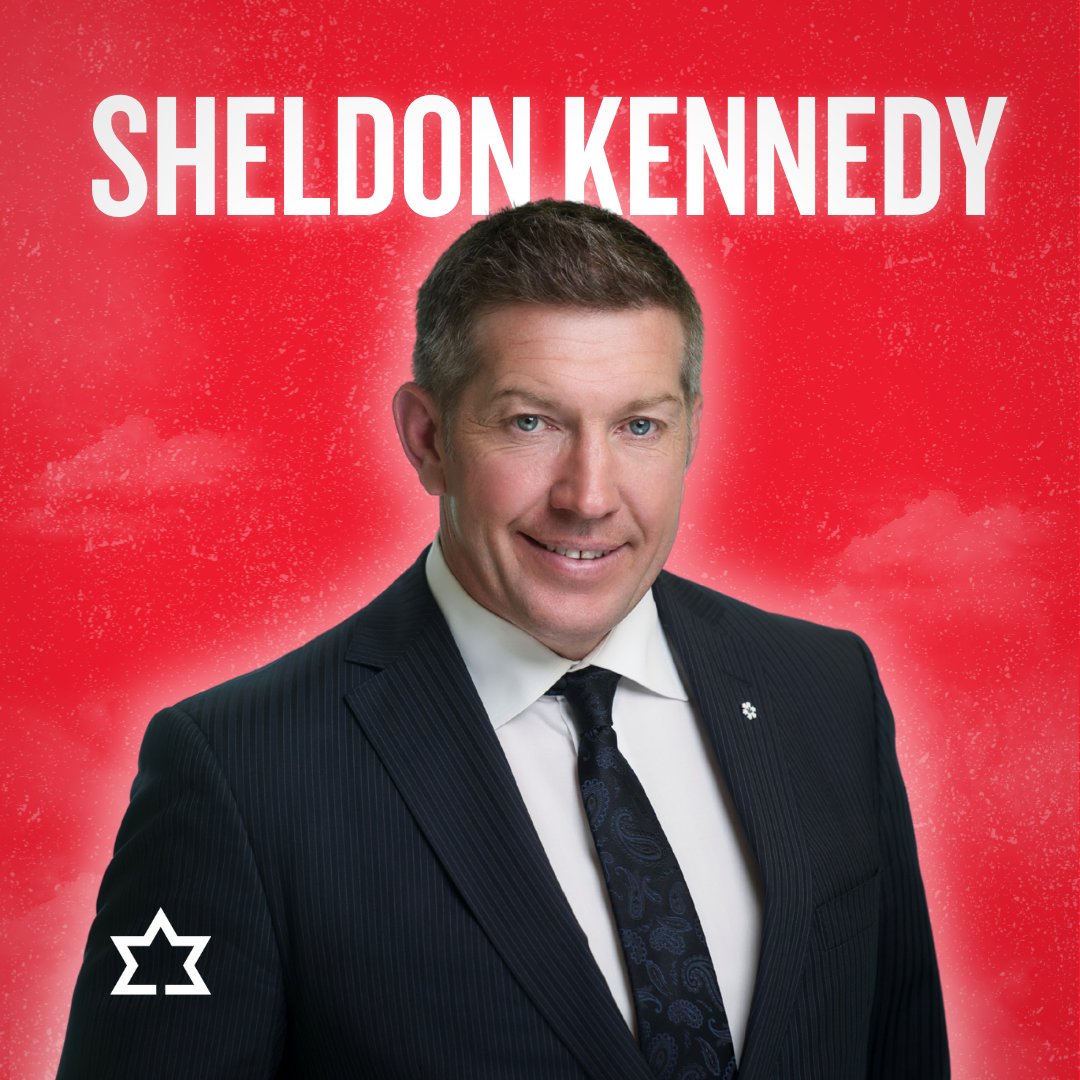 A special invite from Class of 2020-21 Inductee, Sheldon Kennedy, inviting you to help celebrate with him as he receives the Order of Sport Award on Sunday October 3rd!

Former NHL player, Sheldon Kennedy, took his personal experience, and used it to advocate for youth and profoundly changed the culture of sport across Canada, ensuring child safety remains a shared priority for future generations of parents, coaches, and administrators.

Get your FREE ticket here  : https://orderofsport.ca/tickets/ 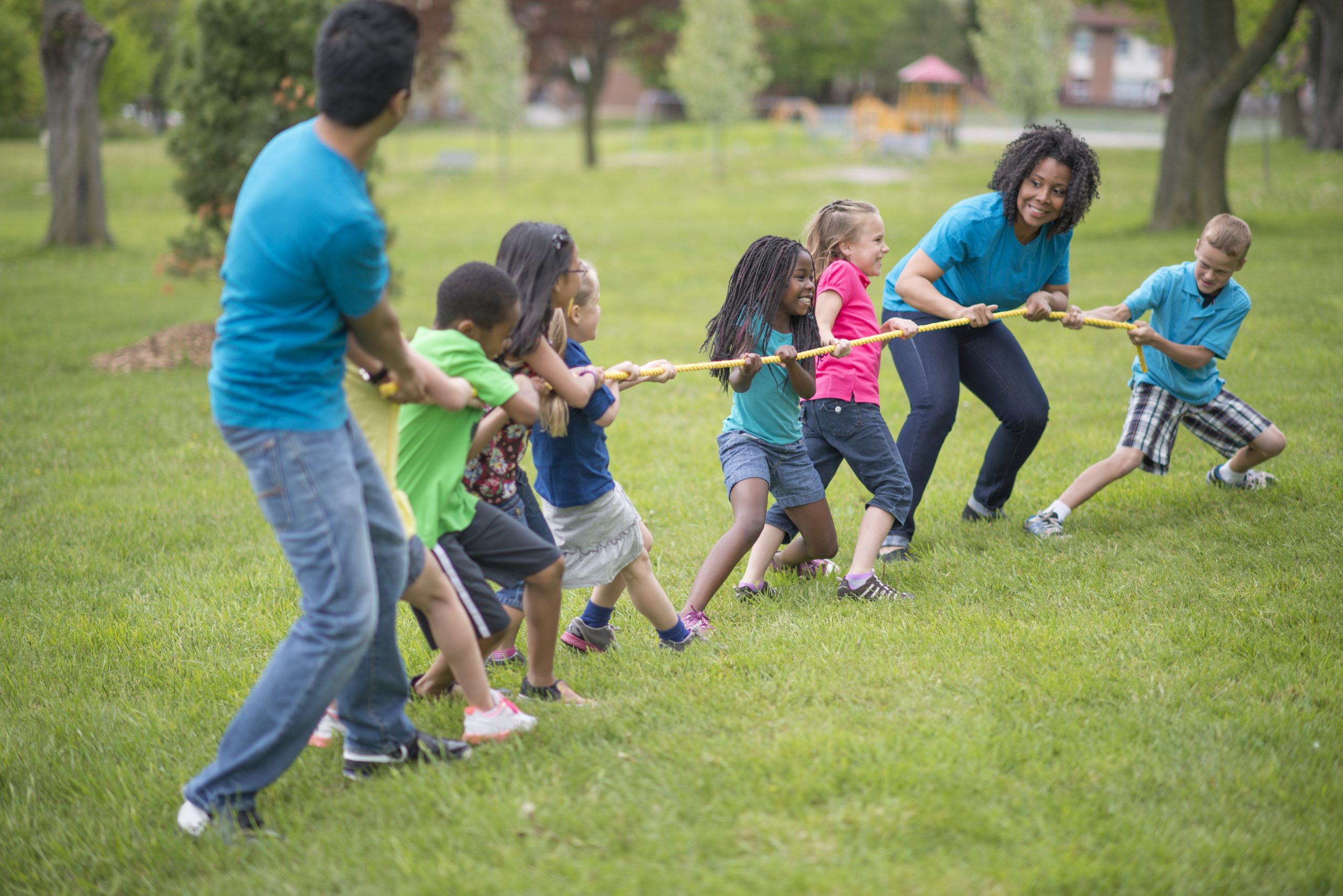 Guidelines for Handling Disclosures of Maltreatment

Across all levels of youth-serving organizations, activity leaders, teachers, and other adults in youth-serving roles have the responsibility to report suspected or disclosed incidents of maltreatment. Below we explore guidelines and responsibilities for reporting abuse, neglect, and other forms of maltreatment, using information adapted from our Respect in School and Respect in Sport programs.

Activity leaders who hear or suspect abuse or neglect have the responsibility to report when:

Guidelines for disclosures and reporting include:

When a young person has disclosed abuse or neglect, or you suspect maltreatment, the organization must: