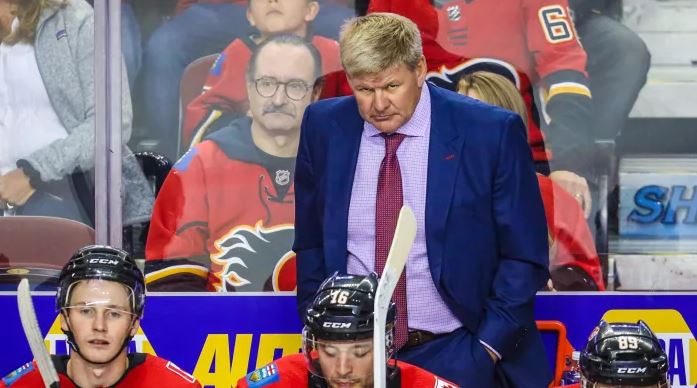 The NHL has a problem, and it’s not just that Bill Peters used the n-word with an African-born player, or that Mike Babcock apparently accosted a player to the point of a nervous breakdown, or that Marc Crawford has been accused of assaulting at least three players. It’s that they thought they could get away with all that—and for a long time, they did.

Hockey’s culture, endearing in so many ways, has some real shortfalls. For decades, coaches’ ideal player had soft hands, fast feet, a powerful shot and no vocal cords. Players are told to fall in line early and almost always do. No matter how much money they make or how famous they are, players just seem to want to play hockey. It’s charming. But coaches know they can take advantage, and teams become autocracies.

“What you hear is, ‘All those hockey guys are such nice guys, they’re so nice to work with,’” former NHL forward Sheldon Kennedy said. “You hear that all the time. And the players are good, most of the coaches are good people. [But] it’s not a player-empowered league. It is very authoritative, dominant. Even the star players in hockey don’t really have a voice … the big stars don’t speak up like they do in other leagues.”

Kennedy only played 310 games in the NHL, but he understands the sport’s cultural problem as well as anybody. In the 1990s, he publicly accused his junior-league coach Graham James of sexual abuse. James was convicted. For the last 16 years, Kennedy’s company the Respect Group has trained 1.3 million people in workplace and sporting conduct.

Kennedy is clear: “It’s not just a hockey issue.” But hockey is especially vulnerable. From the moment teen stars leave home to play junior hockey, they are told, “Make sure you listen to your coach.” The idea that authority figures know better than they do is instilled early and often. You can draw a line from Players’ Association head Alan Eagleson defrauding players to the current crisis.

The coaches in the news lately are not just any coaches. Babcock won the Stanley Cup once, nearly won it two other times, then signed the richest coaching contract in NHL history, with the league’s flagship team. Former Red Wing Johan Franzen, who has a history of concussions and depression, says Babcock verbally assaulted him to the point where he didn’t want to go to the rink.

Crawford also won the Cup. He has been accused of kicking and choking players.

Peters used the n-word in anger toward player Akim Aliu a decade ago, when Aliu played for Peters with the AHL’s Rockford Icehogs. Peters says he apologized in front of the entire team —which, if true, would mean the whole team knew about it. Yet Peters got two NHL coaching jobs after that.

Imagine seeing these kinds of headlines about Steve Kerr. Or Sean McVay. Or Joe Maddon.

The NHL can change, but only if commissioner Gary Bettman wants it to change—and early indications are that he does. He met with Aliu, who said they had “a great discussion.” And last week, NHL executive vice president Kim Davis reached out to Kennedy. They are supposed to talk this week.

Davis should ask Kennedy the same question I asked him:

When it comes to educating people about these issues, does the NHL trail youth hockey?

It is a strange phenomenon. In most sports, players have the most power when they are professionals. But hockey still clings to the archetype of the domineering coach. Most players fear losing ice time or getting sent down to the minors, and established stars don’t want to look like divas. You can see where players who want to speak up often feel trapped.

The Respect Group’s Respect in Sport Activity Leader Program, is mandatory for all coaches by Hockey Canada and all host families in the Canadian Hockey Legaue. More than 300,000 people have been certified. Hockey Canada requires one parent or care-giver of every youth player to complete the Respect in Sport Parent Program. Yet Kennedy says, “I’ve done nothing, ever with the NHL.”

Maybe Davis and Bettman will change that. This is not just about the coaches who have been named. Professional environments should have certain standards. Somebody has to implement them.

“They just need to get on board,” Kennedy said. “They need to support the good work that is happening in grassroots hockey … the sexual-abuse stuff has made the headlines for all these years. But the reality is, we’ve known the emotional and physical abuse and verbal abuse doesn’t make the headlines, but it’s probably more prevalent.”

Bettman is meeting with the league’s Board of Governors this week. He has declined to talk until after that meeting. He and the board should realize they have two options here. They can worry about damage control, or they can root out the problem and start fixing it. Kennedy says, “What I know about this stuff is when we have good leadership within an organization, or a team, this stuff doesn’t happen.” That applies to leagues, too.