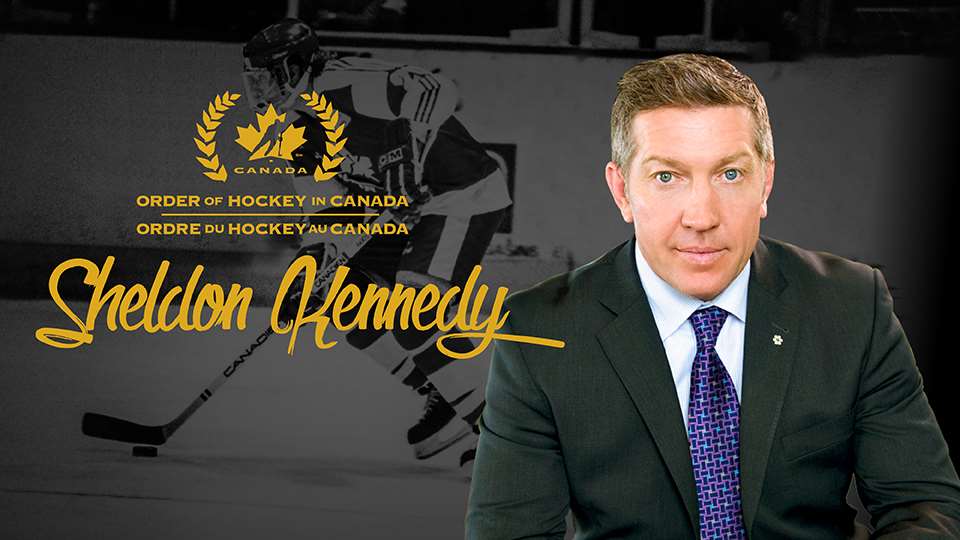 Our co-founder, Sheldon Kennedy, named to Order of Hockey In Canada

Our co-founder, Sheldon Kennedy, was named to the Order of Hockey in Canada. The 17th annual Hockey Canada Foundation Gala was held on June 14, 2021 where they recognized the Order honourees from both 2020 and 2021.

” Sheldon Kennedy – A long-time advocate for the prevention of bullying, abuse, harassment and discrimination, Kennedy’s impact on the game reaches far beyond his playing career. On the ice, he played in 310 NHL games with the Detroit Red Wings (1989-94), Calgary Flames (1994-96) and Boston Bruins (1996-97). Prior to his professional career, he spent three seasons with the Swift Current Broncos of the Western Hockey League (1986-89), captaining the team to a WHL championship and Memorial Cup title in 1989. As a member of Team Canada, Kennedy recorded 13 points in 14 games at the IIHF World Junior Championship (1988, 1989), winning a gold medal in 1988. His off-ice efforts include co-founding the Respect Group, which has trained more than one million Canadians to recognize and prevent bullying, abuse, harassment and discrimination in sports, schools and the workplace. Kennedy also raised $1.2 million in support of sexual abuse victims by rollerblading across Canada in 1998, and has been honoured with the Hockey Canada Order of Merit (2018), Alberta Order of Excellence (2016) and Order of Canada (2014). “

“Upon reflection of receiving the Order of Hockey in Canada, I sincerely feel that this award represents far more than just “Sheldon”

accomplishments. This recognition, is clearly for an amazing Team Effort.

First off, my good friend of 23 years and business partner, Wayne McNeil, deserves as much credit as I do for sharing, and delivering on, our common vision. For the 10’s of thousands of disclosure letters I have received since 1997, after my story broke, my gratitude to each of you for baring your souls and for your courage. Your words reminded me that this is not an isolated issue and kept me going!

Thank you to Hockey Canada for your leadership in making Speak Out mandatory in 1997 for all coaches. In my mind, a bold step and the REAL beginning of the Safe Sport Movement in Canada, and, perhaps the world! And to all of the proactive sport leaders who have taken their own bold steps to make RESPECT education a requirement. You have created a sport environment that values child protection as priority one. Not a button or a poster, but the real deal. Of course, there is more to be done and there always will be.

But let’s pause for a moment, accept this award together, and commit to continuing this unique collaboration to keep Canadian kids safe and respected while they enjoy the wonderment of sport!”