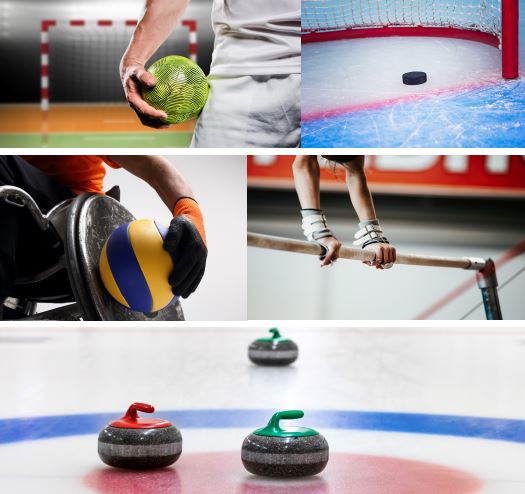 Prevalence of Maltreatment Among Current and
Former National Team Athletes
While recognizing the numerous potential benefits that sport participation has to offer, it is also important to acknowledge that for some athletes, sport is a harmful experience, characterized by various forms of maltreatment. Maltreatment is an umbrella term that refers to: all types of physical and/or emotional ill-treatment, sexual abuse, neglect, negligence and commercial or other exploitation, which results in actual or potential harm to health, survival, development or dignity in the context of a relationship of responsibility, trust or power (World Health Organization (2010). Maltreatment includes sexual abuse, physical abuse, psychological abuse, neglect, various types of harassment, bullying and hazing. The current study sought to assess the prevalence of various forms of maltreatment experienced by current and retired National Team members.

The last prevalence study of Canadian athletes’ experiences was conducted over 20 years ago and since that time, the culture with respect to reporting sexual violence as well as child and youth protection has changed dramatically. Not only does this prevalence study provide a snapshot of athletes’ experiences but it serves as baseline data against which to assess the impact of future preventative and intervention initiatives. It also signals the importance of addressing the human rights and welfare of athletes in Canada.

In total, 1001 athletes participated in the study by completing an online survey; of this total, 764 were current athletes and 237 were retired athletes who had left their sport within the past ten years. The most frequently experienced form of maltreatment was psychological harm followed by neglect. Sexual and physical harm were reportedly experienced to a far lesser degree. Across all categories of harm and both current and retired athletes, females reported far more harmful behaviours. Similarly, retired athletes reported higher percentages than did current athletes across all categories. In the case of psychological harm, most behaviours were enacted by coaches, followed by peers and high-performance directors. Neglectful behaviours were experienced from coaches, high performance directors and sport administrators while physically harmful behaviours were enacted primarily by coaches. Finally, most sexually harmful behaviours are reportedly executed by coaches and peers.

The findings revealed significant and positive relationships between all forms of harm (psychological, physical, sexual and neglect) and the negative health outcomes of engaging in self-harming behaviours, disordered eating behaviours/eating disorders, and having suicidal thoughts. The findings also highlight the notion that negative health outcomes are experienced by athletes long after the National Team athletic career has ended. Of those current and retired athletes who experienced abuse, bullying or discrimination, only 15% reported their experiences. The open-ended questions on the survey enabled athletes to contribute additional comments and recommendations to advance Safe Sport. The themes that emerged from PAGE 5 these comments included athletes’ perspectives that numerous harmful behaviours are normalized in sport and as a result, other adults in positions of trust and authority who witnessed harmful behaviours have been complicit in failing to intervene.

Athletes also commented on the ways in which they are silenced through threats of negative repercussions in response to raising concerns, and not having a safe and confidential place to disclose or to report concerns. Recommendations for advancing Safe Sport included: (i) establish a mechanism to receive, investigate and adjudicate complaints independent of the National Sport Organizations; (ii) attend to all forms of maltreatment; (ii) enhance the focus on athletes’ holistic well-being; (iii) implement mandatory education for all sport stakeholders; (iv) strengthen accountability measures; (v) ensure supports and resources are available for victims of maltreatment; (vi) prohibit sexual relationships and forced intimacy between athletes and those in positions of power; and (vii) conduct a climate survey of athletes’ experiences on a regular basis.

Evaluation of “Being Trauma-Aware: Making A Difference in the Lives of Children and Youth”
Executive summary This report provides findings, analysis and recommendations from the evaluation of the online course, “Being Trauma-Aware: Making A Difference in the Lives of Children and Youth.” The eight evaluation objectives were organized within four domains: knowledge, awareness, confidence and commitment; relevance to discipline and clients; cross-collaboration strategies; and, scaling and future development. To develop indicators, the evaluation approach was grounded in two models: New World Kirkpatrick’s Model and Implementation Science. A mixed-methods approach was taken, using quantitative and qualitative data, and data was collected through registration, surveys and focus groups. Findings show diversity in the sectors and professions represented. The majority of participants worked in their sector less than ten years (62%, n=375), while the remainder worked in their sector more than ten years. Most participants reported not having received previous training in trauma-awareness (70%, n=375). Among those who had not received previous training, the trend follows their time in sector: more participants reported having received training the longer they were in the sector. Participants showed high knowledge and awareness of child abuse, trauma and its effects. However, there were some knowledge gaps with respect to: what trauma means in the context of child advocacy centres; impacts of intergenerational trauma; stepping stones to being trauma-informed; and resilience. In addition, participants reported increased confidence in addressing issues of child abuse and trauma (+37%, n=375). Findings also show that the participants’ knowledge and confidence fell at the three-month follow-up, indicating the needs for ongoing reviews of course material and opportunities to discuss, reflect and act on the material. Participants understood the reach and effect of child abuse and trauma to multiple sectors, and valued collaborating across sectors. They believed that child advocacy centres model this well. Participants shared challenges and barriers to collaborating across sectors, which require organizational and systematic support. Overall, participants found the program valuable as a foundational course for multiple sectors to develop a common language about trauma and its impacts. Participants praised the design and delivery, and reported that the program reflected the diverse clientele that most organizations serve. They provided feedback for improvements to enhance learning, as well as ideas for additional training. At the three-month follow-up, it was too soon for changes in policies and procedures to have happened, and for the development of formal cross-sectoral collaborations. However, findings support the potential for an integrated and collaborative approach. The following quotes highlight the participants’ experiences with the course:

“[The] biggest takeaway for me – it has enlarged my compassion for the clients and made me think more about self-care and self-compassion.”

“People were commenting how valuable it was, people who hadn’t taken any courses or exposed to this formally.”

“The course has opened my eyes to the prevalence of trauma and its effects on society at large. Furthermore, this course has helped to better inform my practice when relating to and working with clients.”

Based on the evaluation findings, and the desire to rollout the course broadly and influence systemic change, the following 36 recommendations are made, framed by the three implementation drivers necessary for the success of an intervention (NIRN, 2014):

“The delivery is soft and compassionate and the information is very sound.” “Excellent example of a quality online learning experience by incorporating videos, scenarios and information.” “I also liked the opportunity to ruminate on what I was learning days after, before going to the next section.”

“The course has opened my eyes to the prevalence of trauma and its effects on society at large. Furthermore, this course has helped to better inform my practice when relating to and working with clients.”

COACHES’ PERCEIVED IMPACT OF THE RESPECT IN SPORT (RiS) PROGRAM ON BULLYING, ABUSE, NEGLECT, AND HARASSMENT IN SPORTS
Interpersonal problems such as harassment, bullying, and sexual abuse by both peers and adults are becoming increasingly recognized as a problem among children and youth in schools, and are also gaining attention in sports. With an increase in awareness comes concerted educational efforts to address interpersonal problems, including prevention programs targeting adults in schools and in the community. Respect in Sport (RiS) is an online, preventative education program for coaches designed to create safe and healthy sport environments for participants by targeting key areas that are paramount to prevention and intervention in bullying, abuse, neglect, and harassment in sports. The purpose of the current study was to examine the extent to which coaches perceived the Respect in Sport program to have impacted their knowledge and practice in these areas. Participants included coaches from Alberta Gymnastics, Ontario Gymnastics, and Sport Manitoba who completed the RiS training in the last three years. A total of 1,091 participants, representing 51 different sports, were asked to complete a selfreport survey regarding their perceptions of the impact of RiS on their coaching practice. Results from this study revealed that an overwhelming percentage of participants perceived the Respect in Sport program to have enhanced their knowledge and practice in key areas of the program’s objectives. Further examination of results across type and level of sports, age and sex of coaches and athletes, and time at which coaches were certified in Respect in Sport revealed few significant differences, and the effect sizes were small. The results of this study have implications for further program development, implementation, and ongoing systematic evaluation. With the heightened demand for implementing and evaluating programs that are evidence-based, the results of this study also have implications for school psychologists working in schools and in the community.

Respect in Sport: The Perceived Impact on
Parental Behavior in Minor Hockey Pg.23-33
Abstract: The reported increase of unethical conduct in all levels of sport diminishes the value of sport and risks turning away participants and fans at all levels. This paper focuses on root causes of inappropriate behavior in sport related to parental involvement. Literature suggests that negative parent behavior affects the safety and enjoyment of participating athletes. In an effort to deal with negative behaviors, Respect Group developed the Respect in Sport (RiS) education program geared to parents. The aim of this research is to explore the effectiveness of RiS and its impact on a group of minor hockey parents in Calgary, Canada. A survey was administered to all parents/guardians who completed the RiS program after a three-year period. Three key findings include: 1) Increased awareness—Parents report they are more aware of their behavior and that of others’ in relation to what is supportive and what is not. 2) Need for more integration— Study participants identify that real change will only come when the program is imbedded into the culture of the sport. Some wish to see the program made mandatory annually to increase cultural integration. 3) More accountability— Participants explain they believe the program is a step forward in improving respect and reducing maltreatment. The findings provide valuable insight in the development of mitigative strategies to address inappropriate parent behaviour. The findings may also be transferable to other sports and support education as a way to affect positive, albeit incremental change in sport culture. 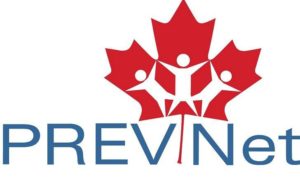 Respect in School Program: An evidence-based, independent third party research study conducted by PREVNet and funded by the Ontario Ministry of Education.