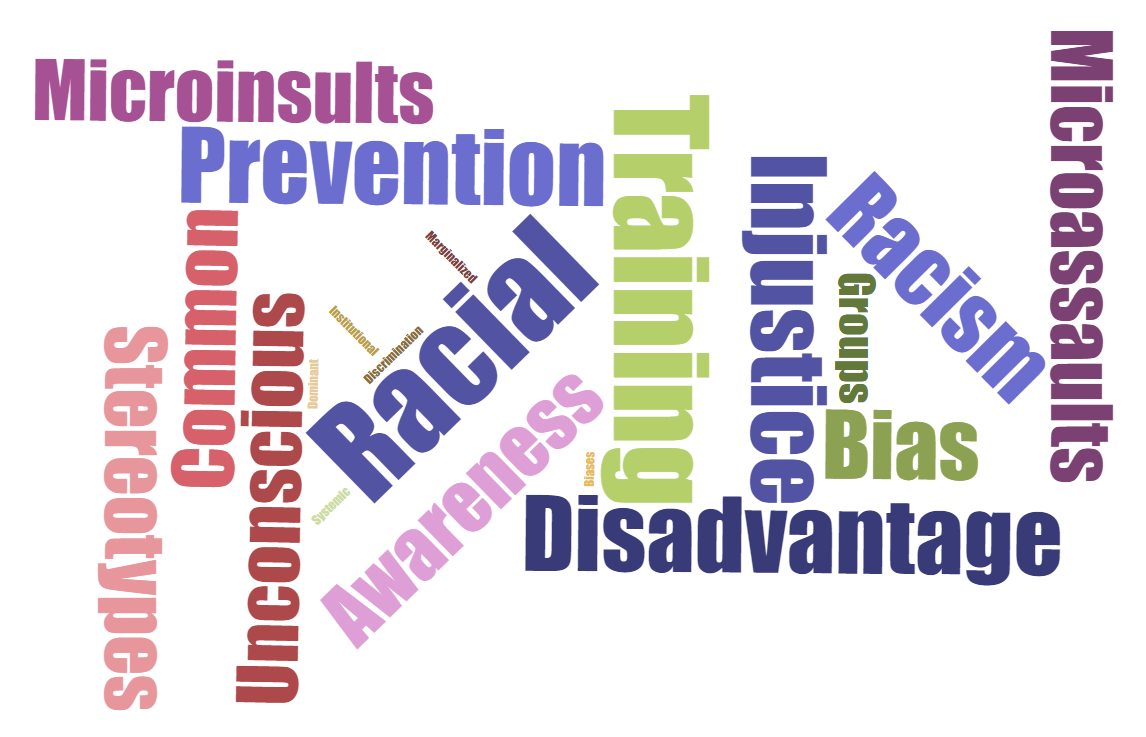 When discussing diversity and inclusion, it is important to have a shared understanding of the common terms used to discuss the sources and mechanisms of discrimination. At Respect Group, we recognize that these terms can be complex, and have recently updated our Workplace, School, and Sport programs to explicitly discuss these concepts and their impacts across different contexts. To better educate yourself and your organization on how to actively promote diversity and inclusion, it is important to understand the differences between systemic racism, unconscious bias, and microaggressions, and the overarching role that intersectionality plays within each of these concepts.

Systemic racism is defined as, “Organizational culture, policies, directives, practices or procedures that exclude, displace, or marginalize some racialized groups and/or create unfair barriers for them to access valuable benefits and opportunities” (Government of Ontario, 2020). This is enacted through institutional biases that are built into the culture, policies, practices and procedures of organizations and systems, privileging the interests and opportunities of dominant groups while disadvantaging marginalized groups (Government of Ontario, 2020).

Systemic racism can be found in all major institutions, from governments and schools to public and private companies and religious organizations. It is important to note that systemic racism differs from racial bias in that these policies and procedures often appear neutral and may not be intended to disadvantage members of marginalized groups, but in practice, have the effect of doing so.

According to Catalyst (2019), unconscious bias is, “An association or attitude about a person or social group that, while not plainly expressed, operates beyond our control and awareness, informs our perceptions, and can influence our decision-making and behaviour.” Unconscious biases are pervasive, powerful predictors of behaviour, even if they don’t match conscious attitudes or opinions (Catalyst, 2014). Unconscious biases impact actions large and small, but are more likely to be observed when conscious controls over decision-making are lowered and factors such as stress, distraction, relaxation, or competition impact one’s control over conscious behaviours (Catalyst, 2014).

It’s important to recognize that everyone has unconscious biases within our worldviews, affecting our actions across different areas of our lives that we may not be aware of, but are perceived by others (Catalyst, 2019). These biases often reflect internalized societal messages and norms, which are influenced and/or created by systemic racism, misogyny, and other common stereotypes and prejudices. Unconscious biases can create many barriers at both organizational and individual levels, working against inclusion, performance, engagement, and innovation (Catalyst, 2019). Given the nature of unconscious biases, we cannot completely eliminate them, but we can develop strategies and skills to override these biases and mitigate their impacts (Catalyst, 2019).

Microinsults are subtle, rude and insensitive comments or actions that demean a person’s racial heritage or identity (Sue et al., 2007). Microinsults may seem harmless to the perpetrator, but hold a deeper, more painful meaning for the victim (Sue et al., 2007). One example of this may be not taking the time to learn the proper pronunciation of a co-worker’s name because it is unfamiliar, and consistently mispronouncing or avoiding using their name (Montañez, 2020). These types of statements and actions may not necessarily be aggressive , but the context in which they occur and the impact on victims determines whether a comment or action is a microinsult (Sue et al., 2007).

Lastly, it is important to consider the role that intersectionality plays in impacting the experiences of individuals and organizations. Coined by scholar and advocate Kimberlé Crenshaw (1989), the term intersectionality refers to the ways in which the intersecting and overlapping identities of individuals impacts their lives based on their social location, which includes (but is not limited to) one’s race, gender, sexual orientation, socioeconomic status, religion, age, ability, and citizenship. Intersectionality is both a concept and a tool that can be used to reflect on how the policies and procedures of a system or organization impact individuals with intersecting identities, who may be experiencing multiple, layered forms of oppression and discrimination (Crenshaw, 1989).

The resources below provide more information on systemic racism, unconscious bias, and microaggressions specific to schools, sports organizations, and workplaces.